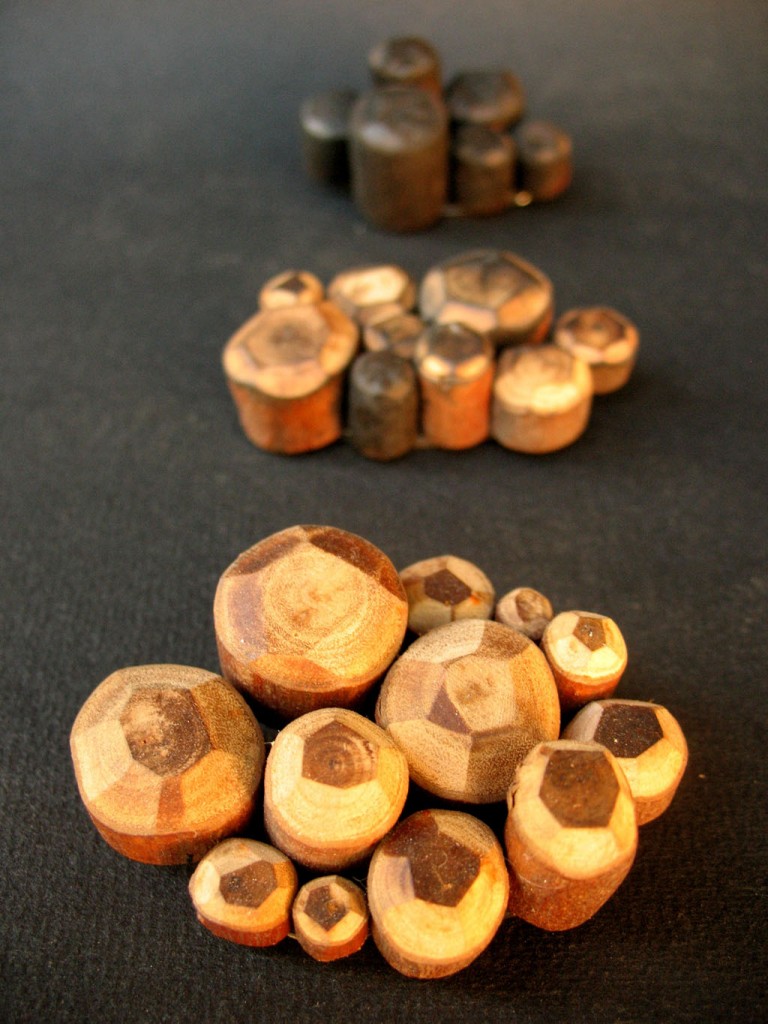 A selection of Rebecca Ward’s jewellery will be on display at Artisan Gallery 14 Feb – 26 April 2014 as part of a group exhibition called Chain Reaction.

What’s On at artisan

artisan presents a program of exhibitions that showcase the best of emerging and established Australian makers. Our exhibitions focus on engaging with themes at the forefront of contemporary practice and investigate the crossovers between art, craft and design. We invite our audiences to explore, engage with, debate and take inspiration from our pioneering exhibitions.

The Hightide project began with a design publication that captures a snapshot of recent design and shines the light on the current crop of high-profile Queensland designers who are paving the way forward. This exhibition features works from furniture to product design by the 22 diverse designers profiled in the Hightide publication by Jason Bird. Video interviews with a number of the designers can be viewed on our Youtube page.

This installation showcases Shilo Engelbrecht’s latest textile collection. Shilo spent her summer in a tiny greenhouse in Cambridge creating spontaneous paintings that emphasise colour and brush strokes. The bold results were transferred to textiles to be used as soft furnishings, tableware and wall coverings.

Rebecca says about the Mosaic Burn Series: “Artisan casually asked me what I meant by ‘Mosaic Burn’ in the title of these brooches and it made me write about my ideas of what the term means. I first became interested in it in a former life with a fire ecologist when I absorbed some of the theories, practices and frustrations of fire management.  I’ve also kept an ear out on radio, listened to indigenous perspectives and read about the issue so I hope that I have got the gist.   While I am particularly attracted to the logic of scientific models like Mosaic Burning,  I suspect that there is alot more to it both from an indigenous understanding and a western scientific perspective than what I have summed up below.

From what I understand, Mosaic Burning is a term in fire ecology  referring to the practice of indigenous ‘fire farming’ and what ecological managers aim for instead of catastrophic ‘wildfire’.  It involves burning in small patches, like a mosaic, to prevent a situation where a wildfire could sweep through a larger area, building up too much heat and momentum in areas of high fuel that have not been burned for ages. Recently burned patches put the brakes on such a wildfire. It also allows animals a bit of time to escape to these recently burned mosaic patches that are less likely to burn or will at least burn cooler.

The ‘green pick’ (fresh green shoots that emerge from the ash bed favored by kangaroos etc) from small areas staggered over time is more useful to fauna than vast areas of ‘green pick’ that appear after wildfire.  These are too big for stable populations of grazing animals and more likely to result in boom/bust cycles. Fires in mosaic areas tend to be cooler rather than the very hot wildfires that cause such damage to habitat and human life and property as they are slower fires. Another advantage is that mosaic burning spreads the risk and allows regeneration of habitat to be staggered across areas so that plants are all at different stages of their lives rather than one hot fire wiping out everything and having to start again from scratch.  Natural features like topography, rocky areas and watercourses and man-made features like roads, fire breaks and clearings  can help to define separate  mosaic areas.
Mosaic burning was developed by Aborigines over thousands of years and helped them to know what plants and animals they could access when and where across large swathes of land.  I suppose it would have made living in the bush alot safer too!  In a  traditional lifestyle fully integrated with the land, fire management must have been a part of everyday life in a way that it is no longer today.  We only seem able to do anything about it in a reactive way. It seems difficult for underfunded government departments with competing priorities to be able to do ecological burns on the days when conditions are right because of all the planning involved and their competing priorities and tight budgets. Particular weeks can be set aside but who knows what the conditions will be like and then when they are good, other public service deadlines take priority.  Rural residential development also makes it both harder to burn ecologically and more important to do so with the need to protect houses etc.  One of our goals at Stoney Edge Nature Refuge on our very small block of fire prone schlerophyll forest is not to be part of the problem but to be able to manage fire in a sustainable ‘mosaic-type’ way.  It seems important for these kind of fire management practices to be taken seriously by government at all levels if we are to live well with areas of ‘wilderness’ and maintain the biodiversity that has been gifted to us.”