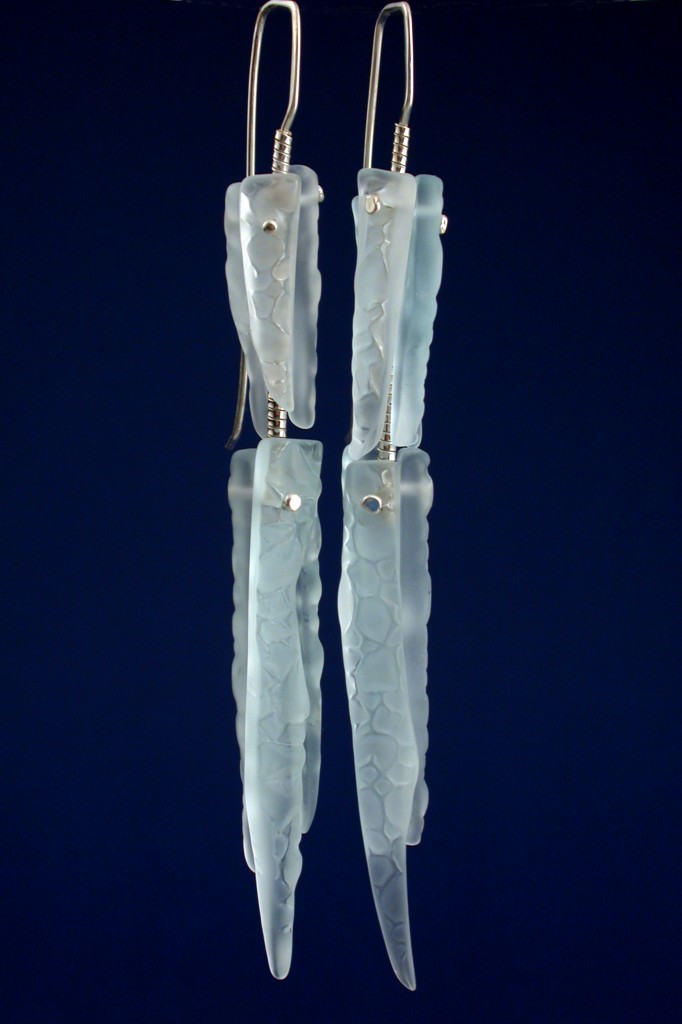 “Speculative Jewellery”: jewels for the new world.  Inspired by the speculative novels of Margaret Atwood.

As the icecaps re-form and oceans recede to early 21st century levels, a treasure of broken fragments is revealed.

An enlightened new tribal society fuses nature and lost technology in a cult based on ecological principals.  The sea is honoured as it starts to return the treasures it has claimed – land, building materials and mysterious fragments. Artisans craft the sea glass, broken window fragments and other relics into powerful amulets and charms.   The materials are given new tribal meanings sometimes at odds with the 21st Century use, sometimes ironically parallel.